This post has now been updated to reflect the results of the JISC Geo Awards.

These timelapses show the morning and afternoon  Show & Tell session at the JISC Geo Programme meeting: 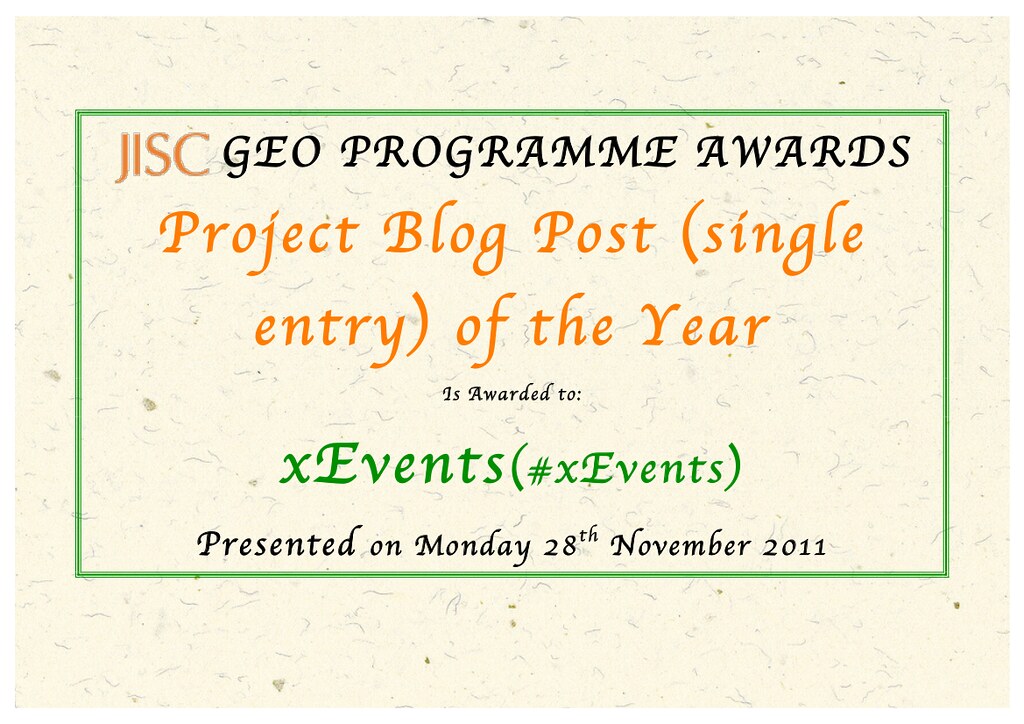 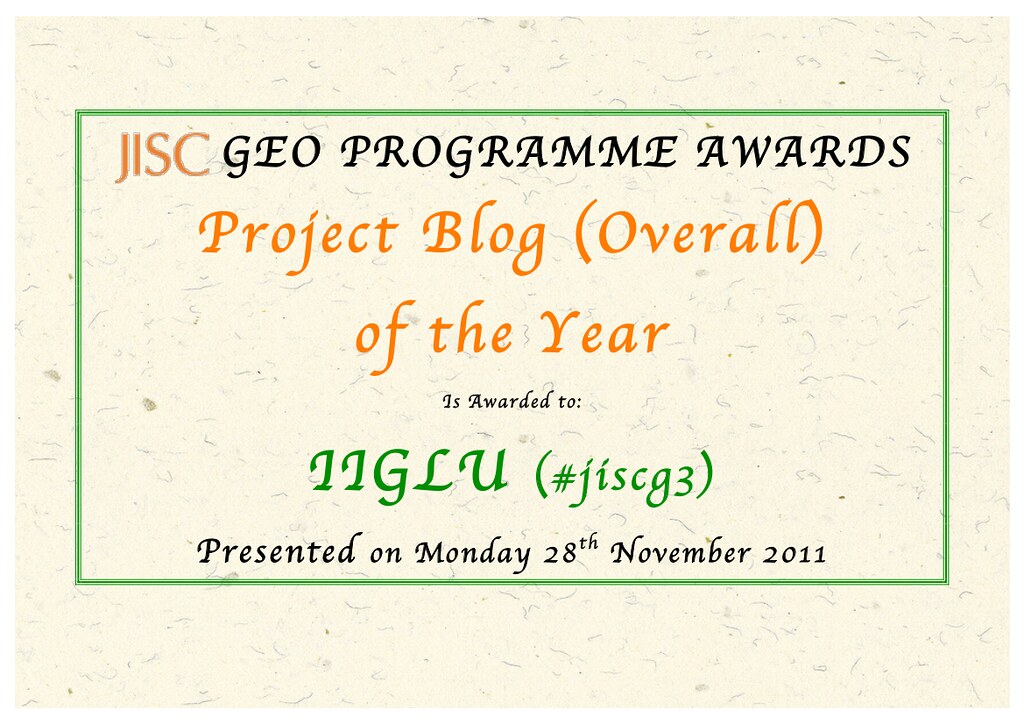 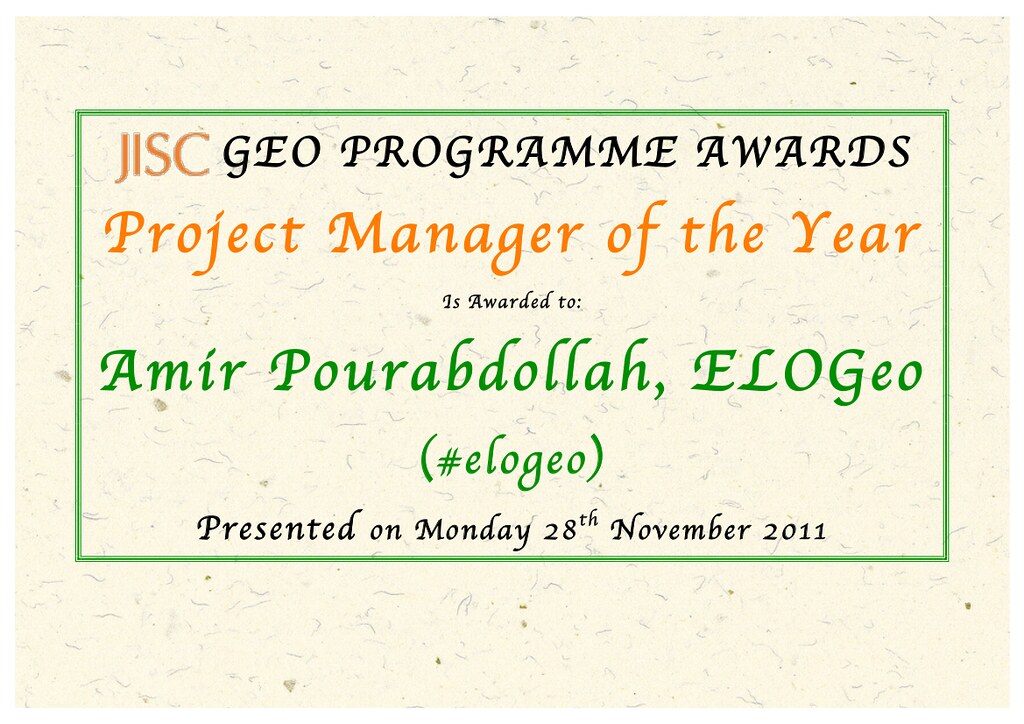 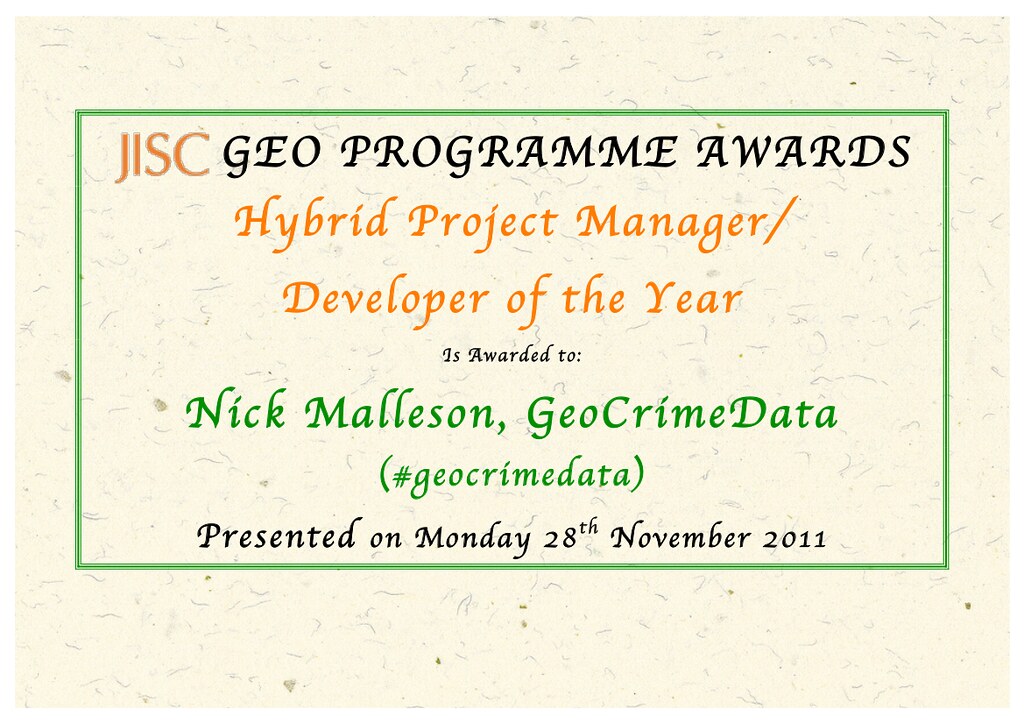 Project Developer of the Year was awarded to the GEMMA Team (#gemmaProject). The nominees were:
GEMMA (#gemmaProject); Halogen 2 (#halogen2); PELAGIOS (#pelagios). 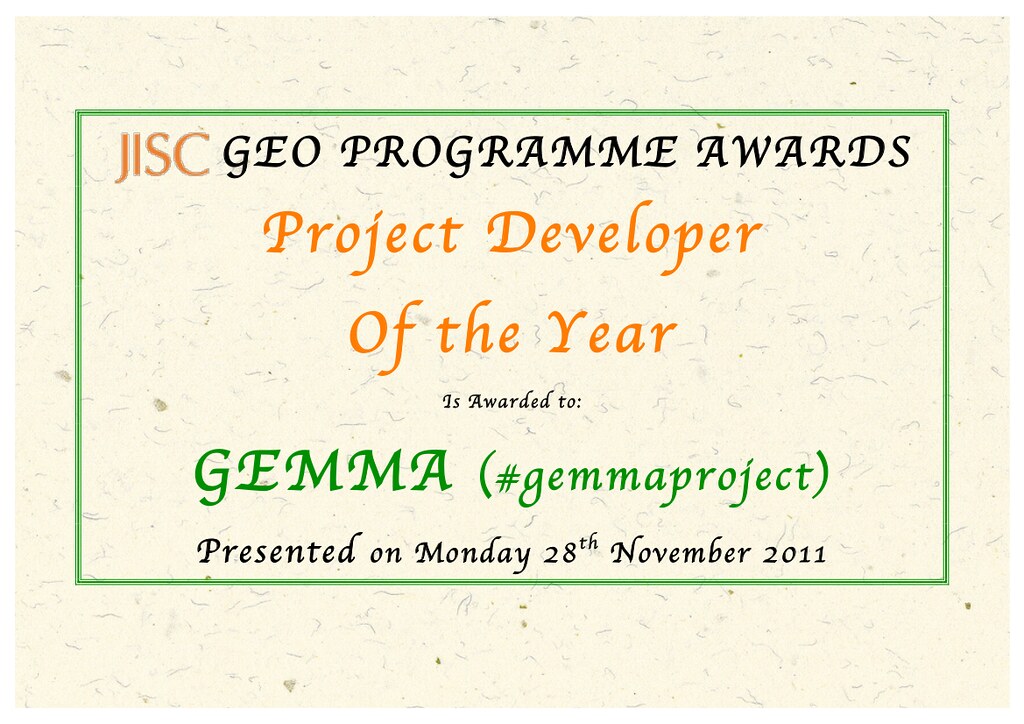 Project of the Year was awarded by the JISC Geo Community, via voting at the JISC Geo Programme meeting, to NatureLocator (#naturelocator). The nominees included all 12 of the JISC Geo projects. 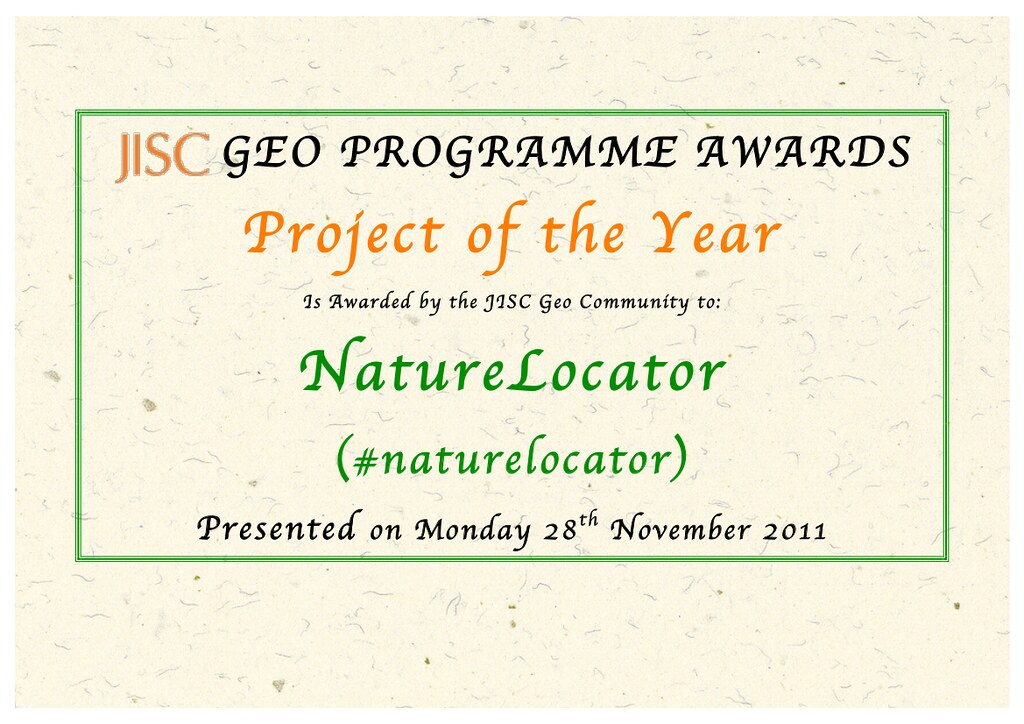 If you are one of our fabulous project winners please do feel free to post a copy of your certificate on your own blog. You can download them from the JISC Geo Flickr Set.

Sorry, the comment form is closed at this time.