Married. Four kids. Two dogs. Wife. Not in that order.

This is for the carto heads amongst you.

“What’s that? You think I don’t like the Peters map because I’m uncomfortable with having my cultural

assumptions challenged? Are you sure you’re not … ::puts on sunglasses:: … projecting?”

GeoSciTeach Have placed QR codes for plants around Kew Gardens. They provide the context of plants and connections between plants. The phone app was trialed. Students felt ‘freed’ to explore the learning themselves. Teachers seem very keen in exploring innovations and apps. http://geosciteach.wordpress.com/2011/06/22/thinking-about-the-use-of-app-in-field-work/

Nature Locator (horse chestnet leaf disease) There were some troulbes/delays with the Apple App Store relatiing to being a university not an individual The Apple App Store take 2-3 weeks for approval, whereas Android market can be released right away (this was known, and so the Android version was uploaded when the iPhone app had been approved) Screenshots are available http://naturelocator.ilrt.bris.ac.uk/2011/05/31/visuals-from-the-app/ Good success with over 3000 submissions of images/reports. Very few (less than 20?) inappropriate reports. Great geographic distribution (across the UK). http://naturelocator.ilrt.bris.ac.uk/2011/07/19/300-submissions-and-climbing/

IGIBS Datasets considered. Thoughts about which WMS software to use, and patches made to be INSPIRE compliant. http://igibs.blogs.edina.ac.uk/2011/06/04/comparing-geoserver-mapserver-in-terms-of-inspire-compliance/ They have lots of users, that will be both providers and condumers of data, to use as case studies for the work. There’s lots of data to preserve. They’re making it easier to find data.

STEEV Decided that visualising at house-level is too deatiled to offer any meaningful representation Decided to additionally create a REST API, so the view state can be returned to. Will be discussing the implementation of the framework 19th Sep. Mock-ups (pretend screenshots) are available http://steev.blogs.edina.ac.uk/2011/06/20/evolution-of-an-interface/

ELO Geo Have been learning a lot about management tools available to use, especially some created/provided by JISC that they didn’t find straight away. E.g. Jorum and JISCMail. Repositry has been launched, and following OSGIS conference some lessons/information has been added to it. http://elogeo.blogspot.com/2011/06/elogeo-at-open-source-gis-conference.html

xEvents Have gone through lots of code and database design thoughts. Blog is very much a view of their technical work at the moment and why they are writing patches and modules for the libraries/frameworks they use (though the, very technical, ‘how’ is written up in another blog that gets linked to). No demo or screenshots yet.

GeoCrimeData They’ll be presenting their work so far at a number of conferences in September. http://geocrimedata.blogspot.com/2011/06/forthcoming-conference-presentations.html Source code has been released for the tool that calculates the Mean Path Depth of each road in an area (using OpenStreetMap road data). This can be used to show an estimated traffic value for each road. It’s not directly crime data, but can be useful to see along side and the dataset/tool may be useful in a similar way to other projects and evaluations.

G3: Bridging the Gap Presented at State of the Map EU (OpenStreetMap) and met the OSM GeoWeb community. The OpenStreetMap community were very impressed with their work, especially the Potlatch(an OSM editor) evaluations through user studies they had done. Some recomendations for improvements have now been implemented and others are more likely to now that the research supports the improvements happening.

U-Geo Datasets and their unit size have been reviewed. Mapping of UKDA to INSPIRE, and GEMINI to DDI 2.1 has been completed.

GEMMA They’re in the process of creating iPhone and Android apps. Combinging existing CASA products: Survey Mapper, OSM Feature Highlighter, MapTube Presented at State of the Map EU (OpenStreetMap). SurveyMapper could provide lots of helpful information very easily (a survey, but combined with locations) such as what is the geographic distribution of people wanting to buy Olympic tickets. Unfortunatly noe of the surveys are getting near enough responses for observations to be made.

JISC GECO We held our first event on Open Source Geo and Health this month and are now planning follow up activities with those who attended. We are also putting together future events around geo so do let us know if you would like to be involved. A new mailing list has also been set up this month for discussion around geo, sign up here.

Whilst it has been clearly established that under the INSPIRE Regulations as enacted in the UK, universities are considered ‘public authorities’ and hence fall under the scope of the INSPIRE Directive, there remains the need for clarity on interpreting ‘public task’.

Clause 5. 1 of the Scottish  Regulations (and same applies to rest of the UK) state:

So, the big question is – do universities need to comply to the INSPIRE Regulations? Being, as they are, defined as public authorities the impulse is to say ‘yes’, however the interpretation of the Regulations begs another follow on question – is it part of their Public Task?

Naively, one might think this would be a simple yes or no but initial enquries with our legal team suggest that universities do not have a defined public task and hence a clear answer is problematic.

Universities are not necessarily alone in this and in recognition of the ambiguities and lack of clarity around the term ‘public task’ advice has just been released by the National Archives which aims to provide a set of principles in relation to which statements of public task can be assessed..

These principles relate to the definition of “public task” under the re-use regulations rather than INSPIRE, but we anticipate that the principles will be transferred across to INSPIRE.

We are at the very early planning phase for running a ‘geo and cultural sector’ bash and would appreciate hearing from anyone potentially interested in participating/speaking/assisting with such an event.

What sort of things did we have in mind? Well, this type of application of location information to the cultural heritage sector looks to be potentially very exciting and engaging. Not only does it bring our cultural history to life but it provides a more interactive, engaging and ultimately educational approach over the traditional diorama-cum-static display case mentality. Surely culture is about enriching our lives and is a distinctly human trait, as human as an innate binding to place – as Lord Raglan once noted:

Here is an edited video of the recent Pelagios workshop.

What do you think of when you here ‘GIS’ ? Geek? Difficult, impenetrable software? Or maybe Yosser 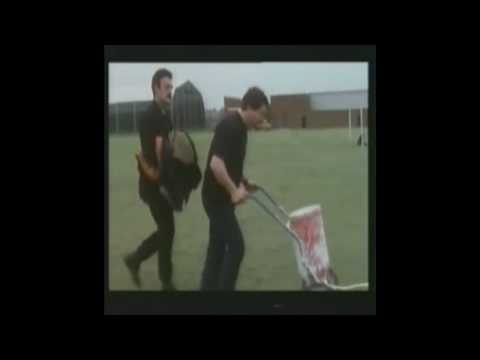 – after all sometimes working with GIS is a bit like getting head butted!! One of the 15/10 projects has been asking just this question and the word cloud below is a nice summary of word frequency during interviews in which respondents discussed use of GIS.

Found this and thought it worth repeating…

The 10 commandments of GIS 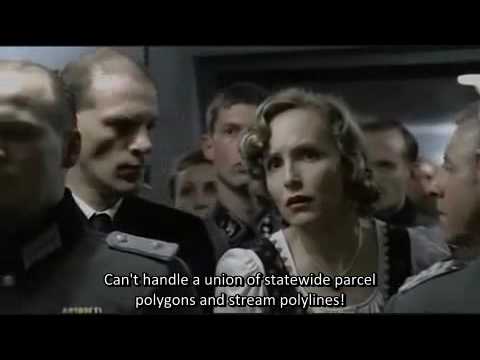 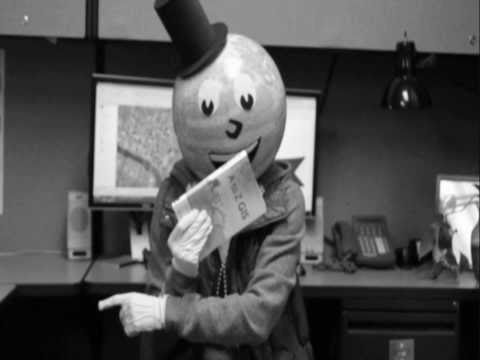 ReadWriteWeb reports that Foursquare are aiming to create a ‘Rosetta Stone’ for location:

Given events over the weekend and lest anyone doubt that geospatial technologies and resources are more than just academic playthings, check out the Japan Earthquake & Tsunami Incident viewer.

More relevant resources are being provided by a Data Portal at Harvard University.

Also this from USGS.